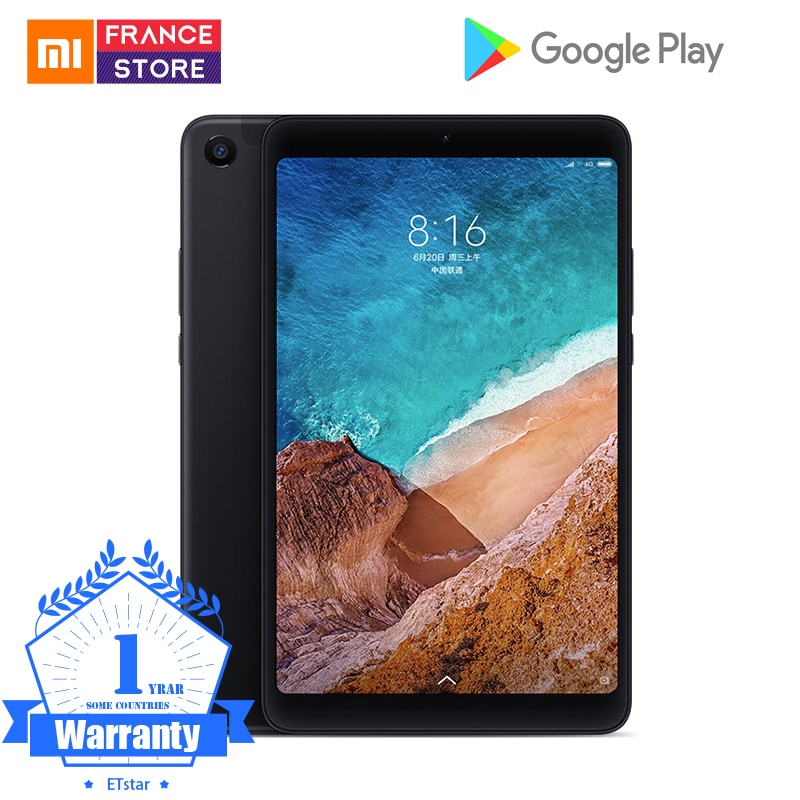 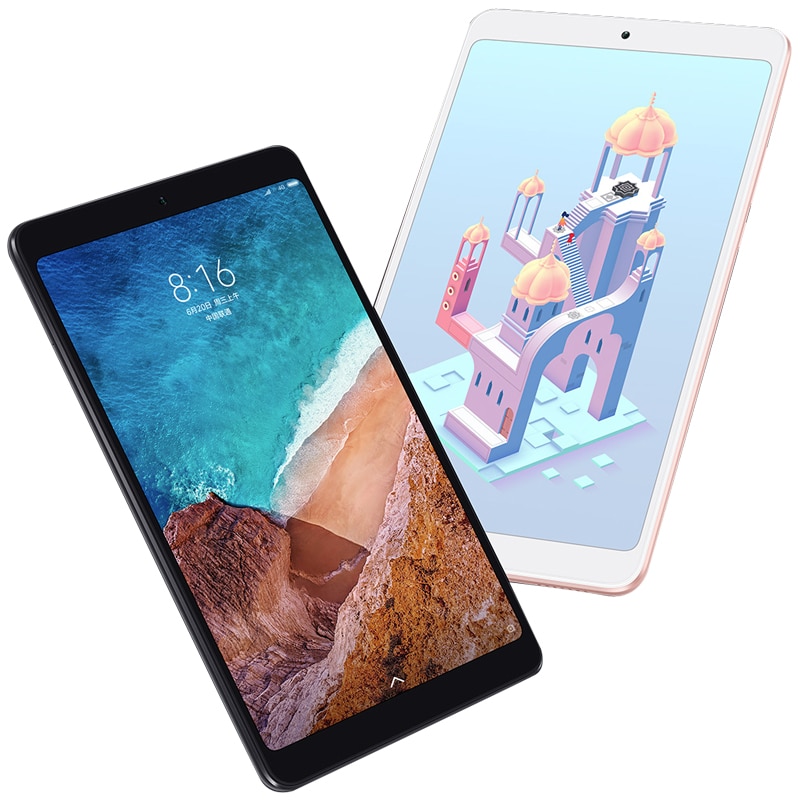 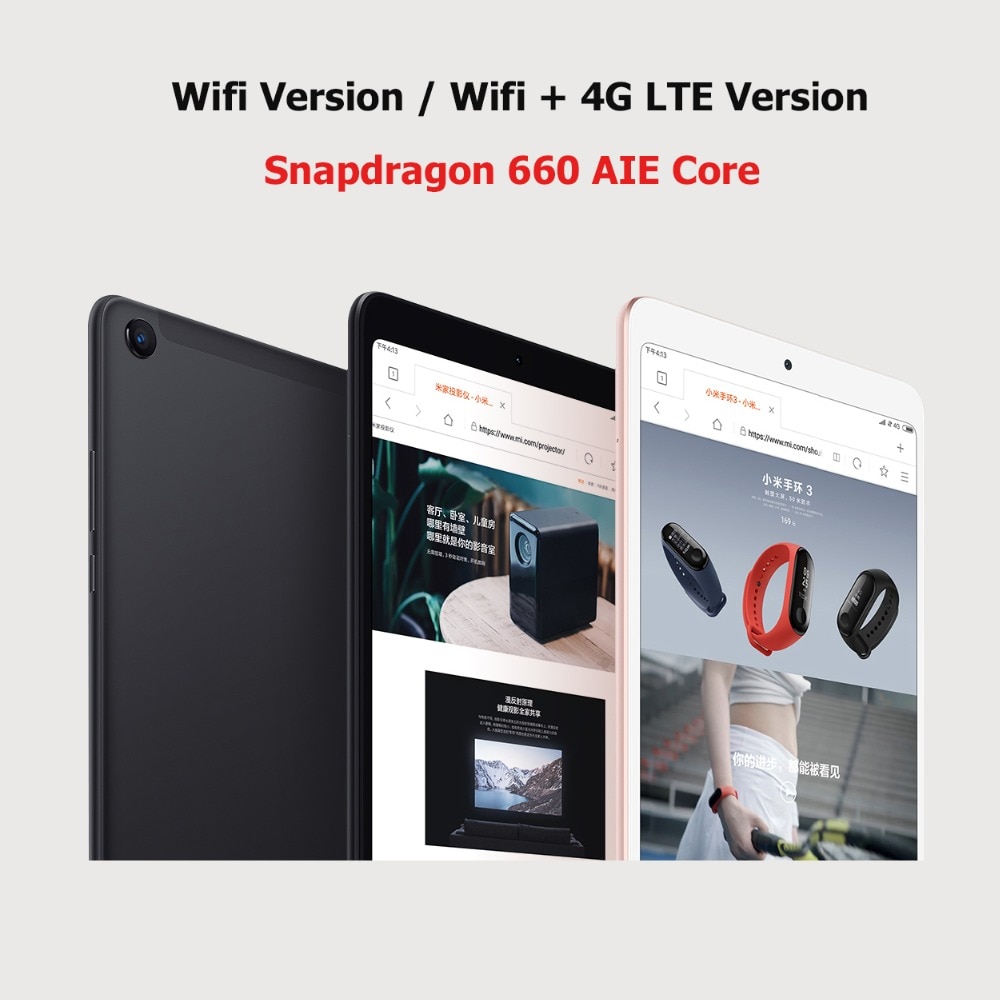 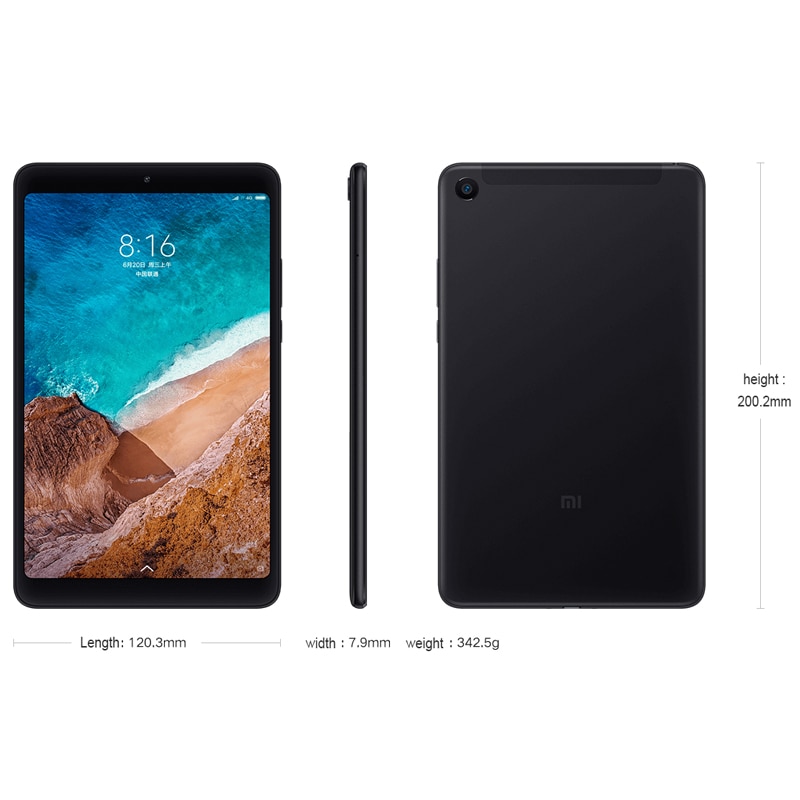 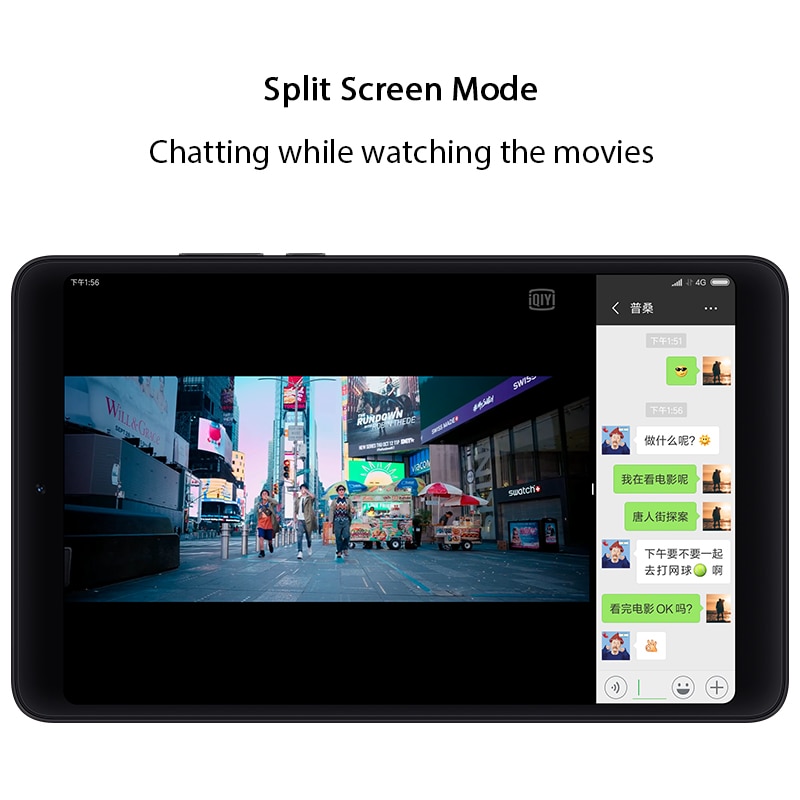 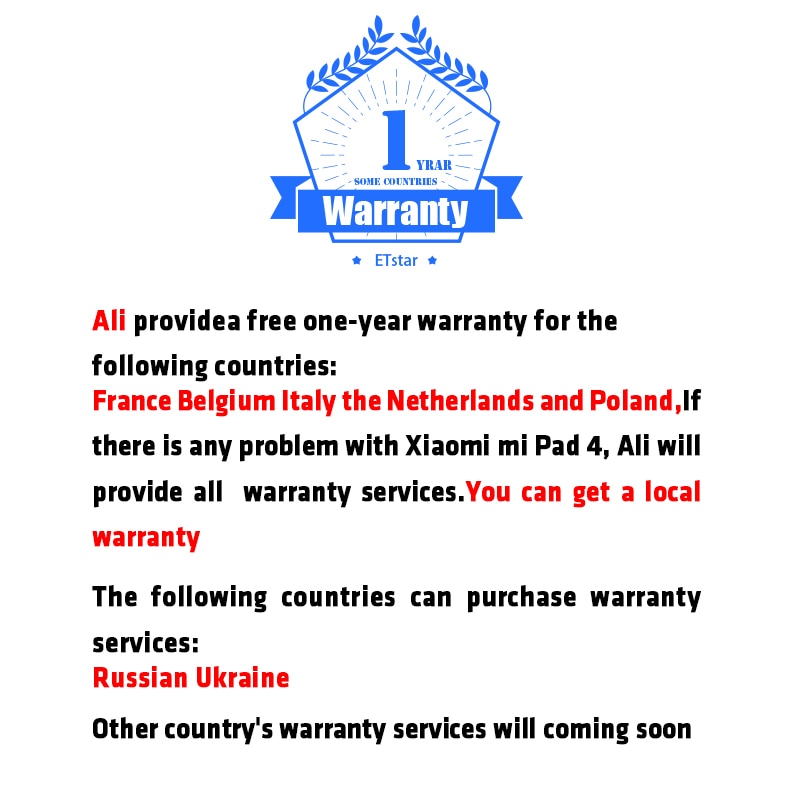 Product Model
New Original Xiaomi Mi Pad 4 Teblets 8″ 1920×1200 FHD Teblet Android Snapdragon 660 Octa Core MiPad 4 13.0MP+5.0MP Dual Ca-mera​
FAQ
Click to buy xiaomi mi pad 4 plus with 10.1″ big screen and 8620mAh battery
1.Multi-language verison is in stock in 2018/9/5.Now we provide both two verisons.
Multi-language version Support multi-languages and google play, but don't support OTA.
Multi-language Version have 2 operating systems, Pure Android 8.1 system and MIUI system. We will randomly send one of the versions
Chinese Version Support English and Chinese, Google play and OTA.Click to get the Google play installation guide.
(The CN version tablet need to manually download the Google Play)
2.How to check whether the phone can be worked in my country?
For the WiFi + 4G LTE Version, it supports TDD LTE-B34/B38/39/40/41(100M), FDD LTE-B1/3/5/7/8. Please kindly pay attention to whether it can be worked in your country. LTE version is not support make a phone call.
3.Xiaomi mi pad 4 is the best gift for your parents childrens boyfriends and Girlfriends for study,watch and play.
4.There are one-year warranty provide by Aliexpress in your local for the following countries,France,Russia,Belgium,Ukraine,Italy,the Netherlands and Poland 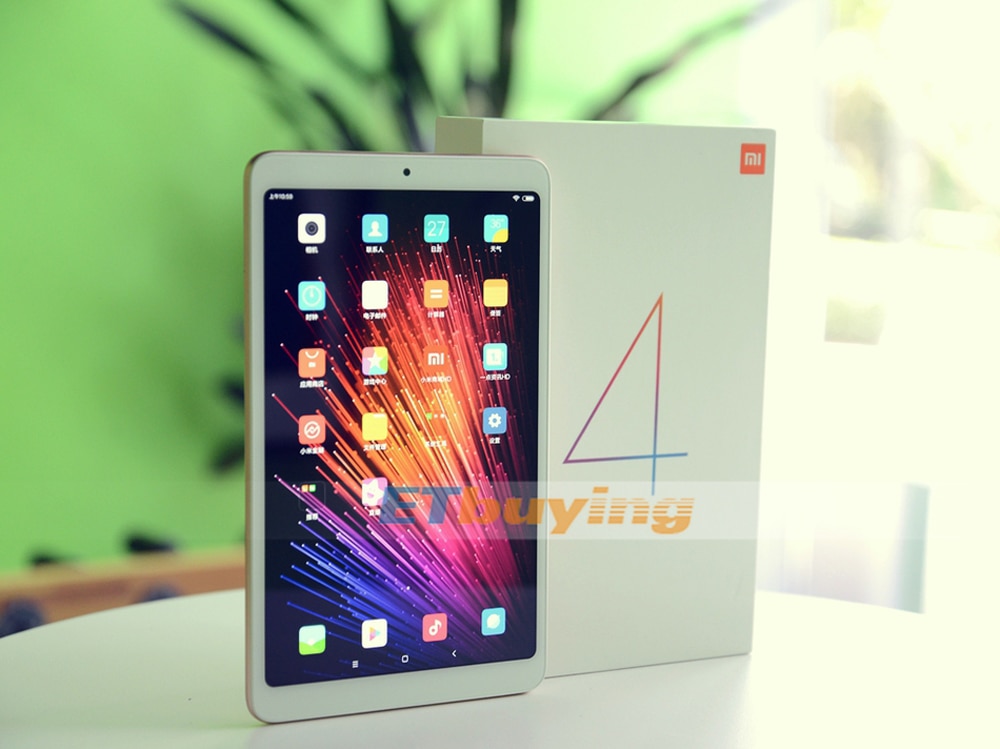 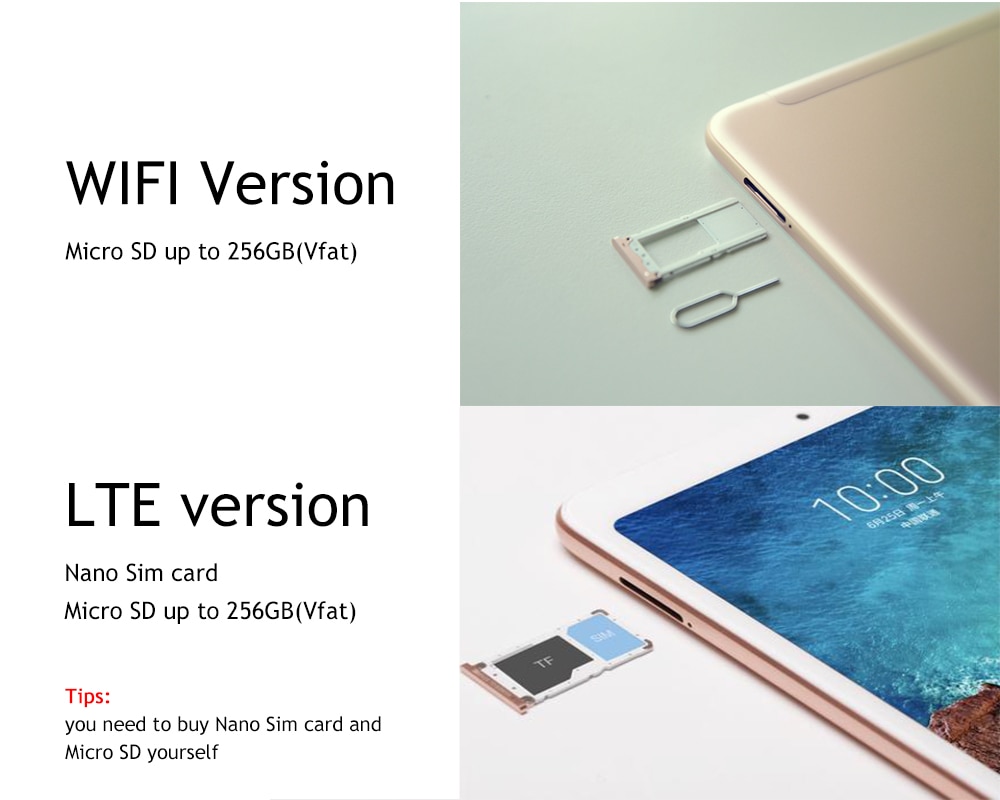 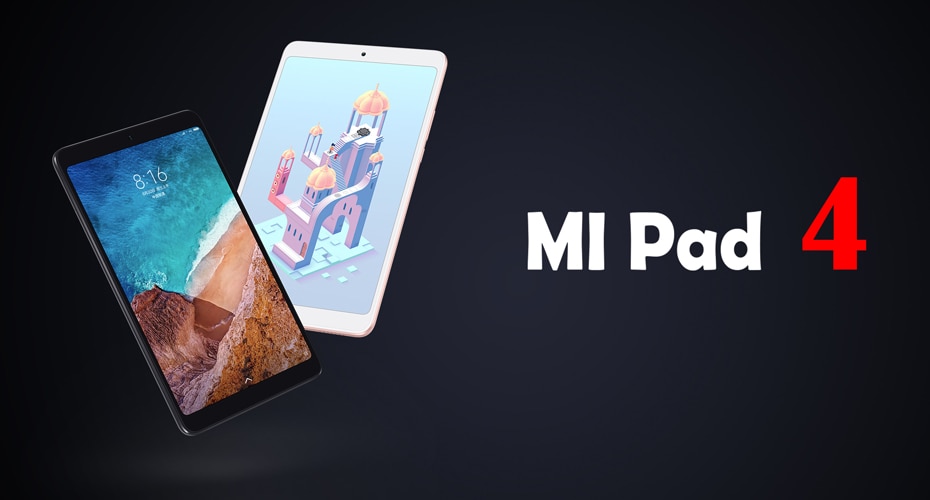 Using 14nm process technology, the highest frequency reaches 2.2GHz, which can be easily dealt with by either common apps or large-scale 3D games. 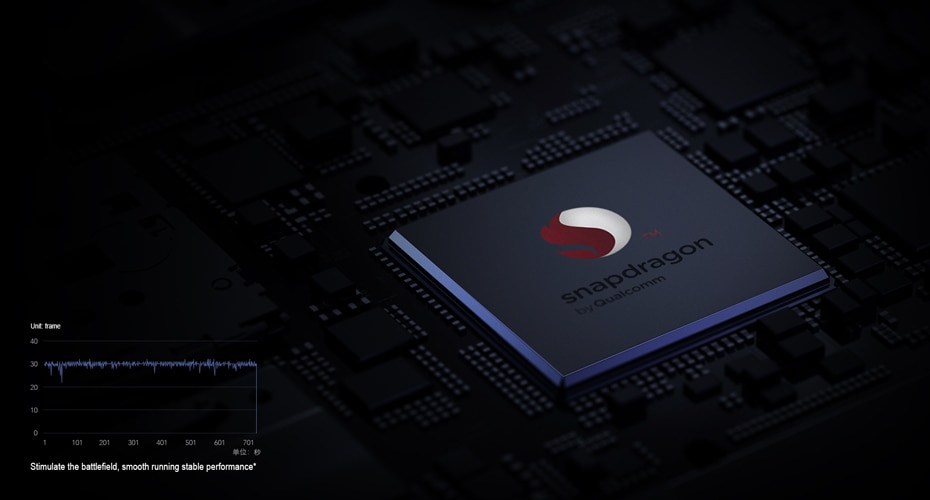 6000mAh Battery Capacity, one full power, easy to use one day. 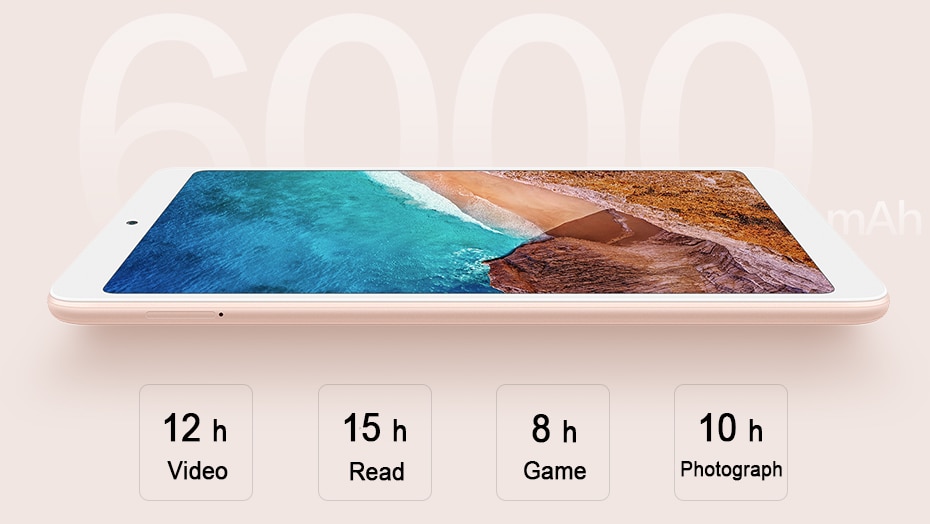 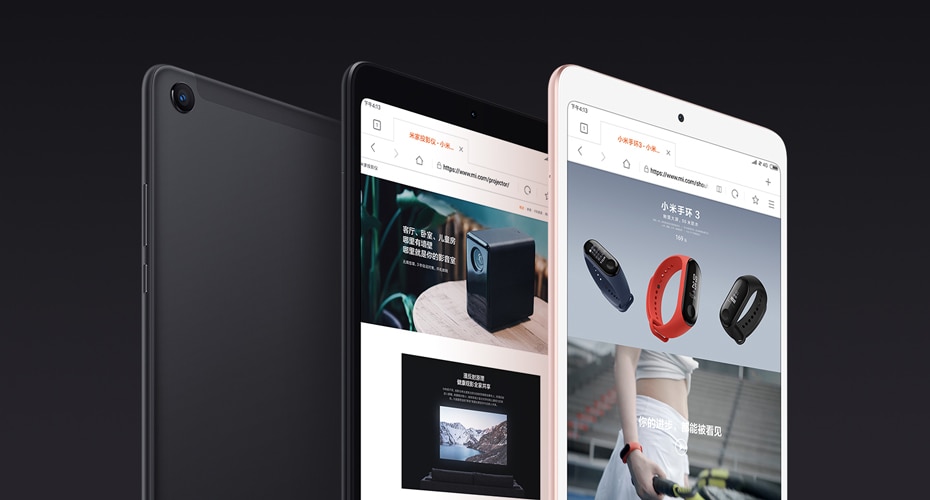 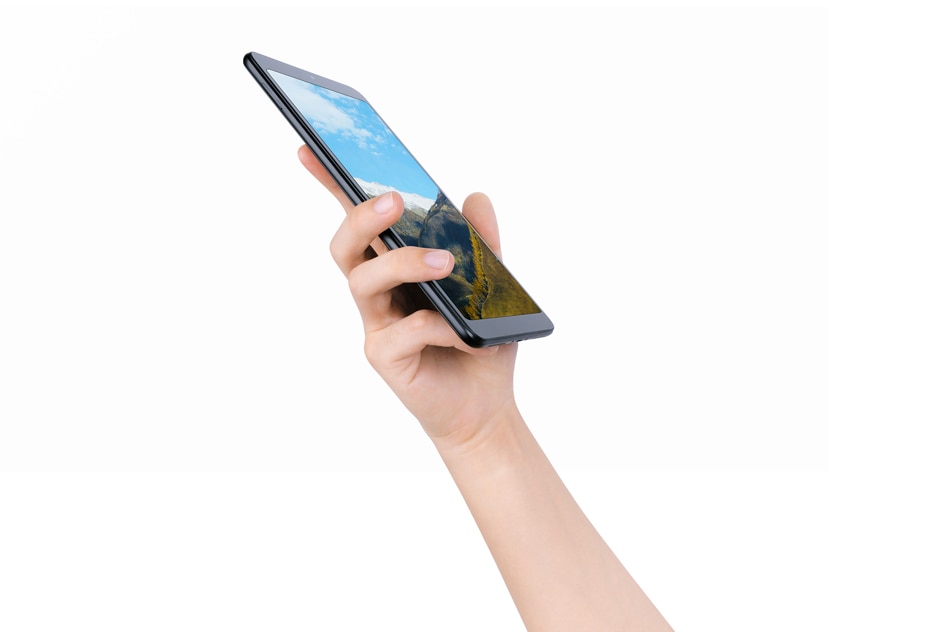 Chatting while watching the movies 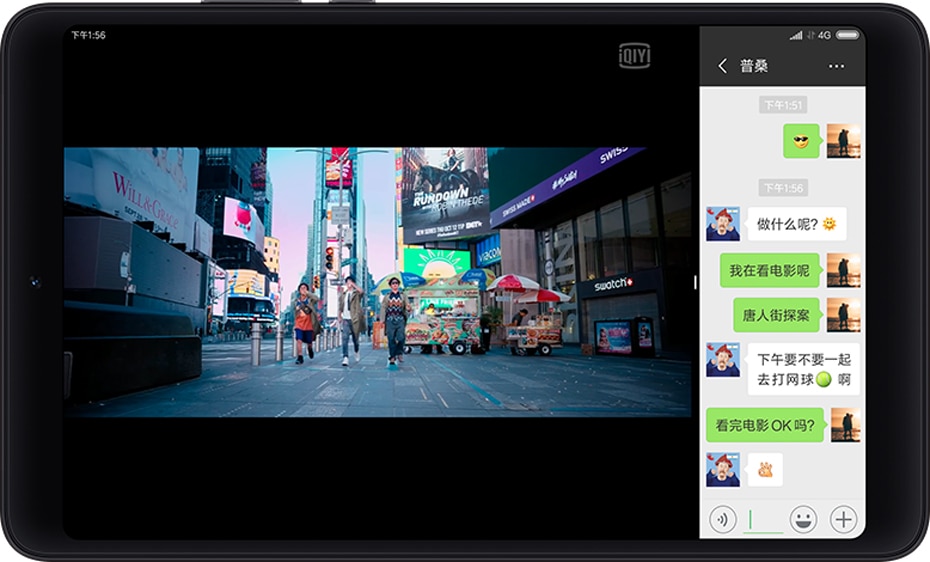 It is a tablet, and it's a small TV to carry around. 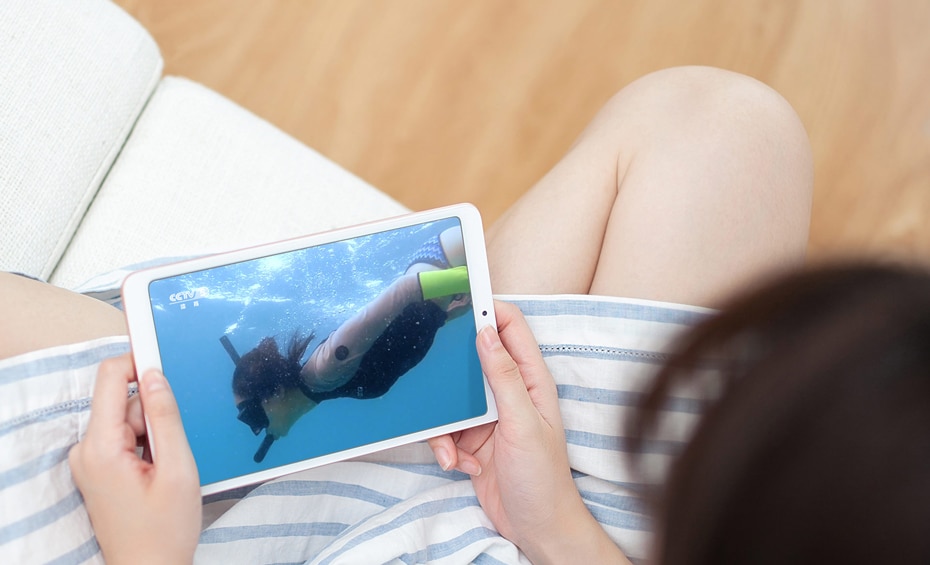 Private Library – Novels, magazines, download to read at any time. 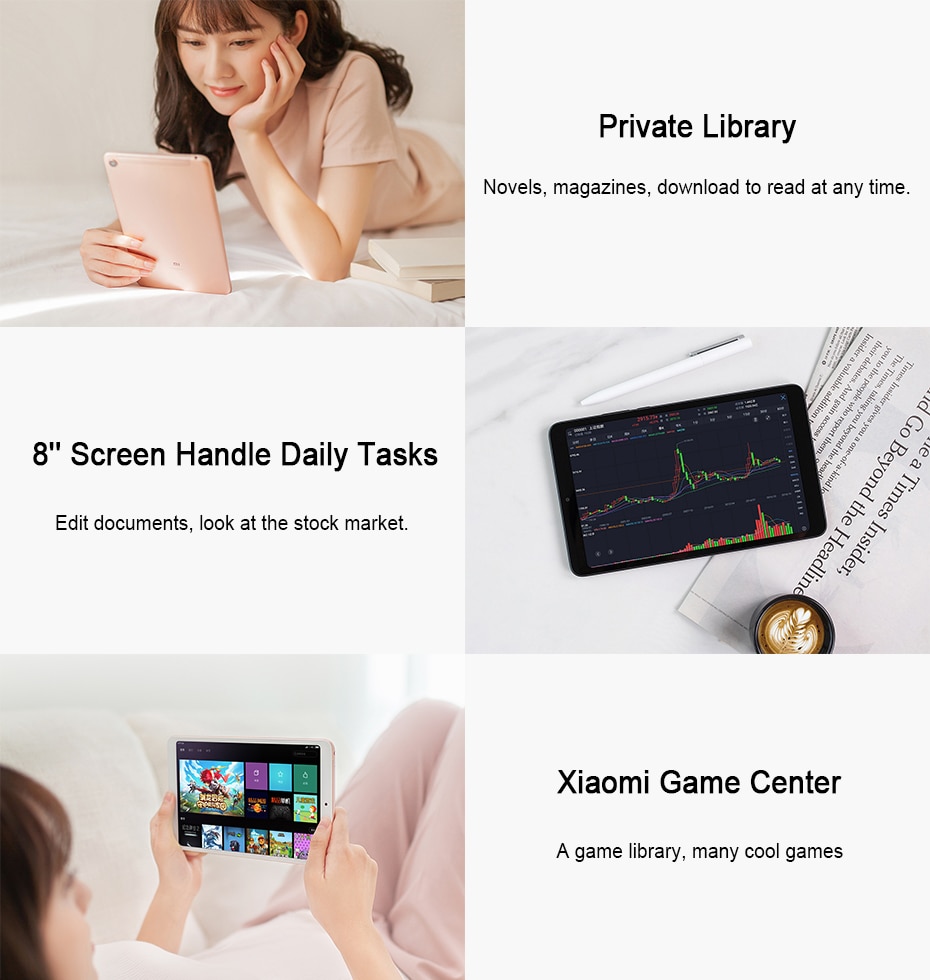 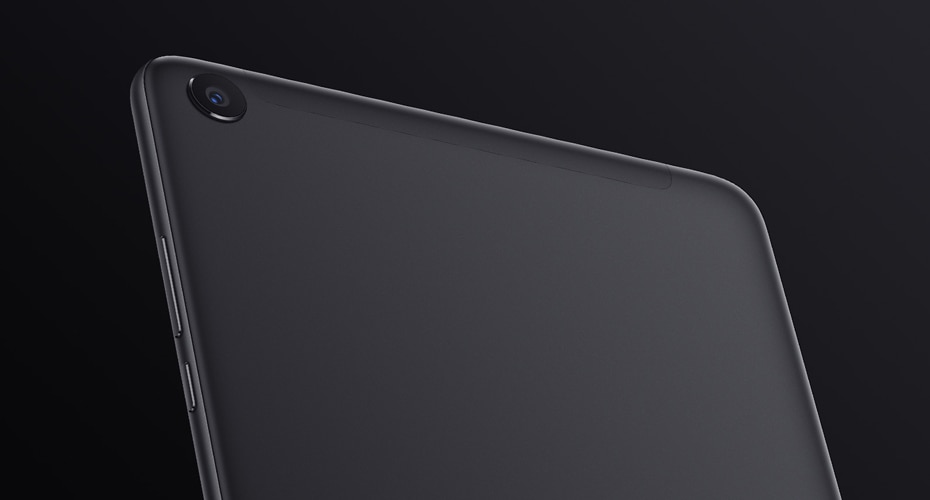 Great little tablet and a good price as well.

The tablet came very quickly !!!! 2 weeks from order to Rybnitsa !!! Smart, there was no keyboard and voice dialing did not work, I downloaded the keyboard through the computer and it went! The seller offered me some kind of software, but I did not download. In the settings I set up the device a little, in general I am satisfied !!!!

Thank you very much. The table looks and feels as expected. Best customer service ever received so far buying in online stores. 5+ Stars!

All perfect. The Tab is beautiful and powerful. No complaint from the seller. Excellent.

It's all right, cheap and 'must have' good. Can't interesting it's only Miui, no normal Android.


Note: The delivery time mentioned above does not include order processing time that usually varies from 1 to 3 days.
Different items have their own processing time, which is what we cannot control. But what we can do is try the best to let you receive your items as soon as possible.